The Opera Academy annual concert is approaching, an event that will mark the end of the two-year program for some students.

One of them is Paolo Antonio Nevi, a very young tenor from Terni. We spoke to him for the “Uno alla volta… per carità” project.

Paolo, what will you sing at the Annual Concert?

I will sing “Firenze è come un albero fiorito” from Gianni Schicchi, an aria that was already in my repertoire as a sort of war horse — I like to perform it in competitions and recitals. It is a work that presents some vocal and interpretive challenges. It is sung entirely in a high tessitura, demanding a lot of the voice, and the lyrics describe a city. Verses of love, but not for a woman… you have to be able to “show” Florence also to those who don’t know it; the audience has to be able to see it and love it.

On this occasion you will have a more traditional audience, but you also sang a leading role in La cenerentola per i bambini. Which audience do you like better?

I have no preference, to tell the truth. But capturing the attention of children makes you feel really talented. They are very spontaneous: if they get bored, they fall asleep; if they are having fun, they show it quite openly. They are completely guileless and in this sense are a very satisfying audience. An adult audience might contain people who are not at all interested in the opera and are perhaps just there to criticize, or just to be seen…

Let’s talk more about La cenerentola. It was your first experience as a La Scala Academy student. How did you prepare for it?

Immediately after being admitted to the Academy, I had to come to grips with this title, which I had never debuted in its complete version. At the time I was busy with L’elisir d’amore in Vicenza and so I only managed to make it to three rehearsals before the final dress rehearsal. In short, I had to do most of the work on my own. I recorded the dress rehearsal of the first cast on my cell phone and recreated the set as well as I could in my room so I could study there.

And then off I went … a series of performances that always teach you something more; it doesn’t end with rehearsals.

If I asked you your favorite composers, would you include Rossini?

Yes, of course! Actually, he would be one of the first. But let’s say it’s a love-hate relationship; his works are complex, not at all easy to embrace. But there’s no chance of not being delighted. He is witty, a brilliant composer, and so much fun to interpret…

Others? To tell the truth, I find something to love in all of them. Each of them—from Mozart to Verdi—has their own special traits that attract me.

When did you start wanting to become an opera singer?

And to think… when I was little I wanted to be a boxer! That was clearly not my path…

In my teens at the music liceo, I had a punk rock band called “Metropolis”. At a certain point, the guitarist, who is also my best friend, decided to move to Parma because the local conservatory has a program in popular music. I decided to go with him, but since I was already studying opera voice at the liceo I decided to continue along those lines, rather than pop music. But I actually knew nothing about the world of opera.

Shortly after I got to Parma, I had the chance to see a performance of La bohème with Ștefan Pop and I fell totally in love with the genre. That was when I began to see this career as my own. After the conservatory I immediately shifted to the La Scala Academy. 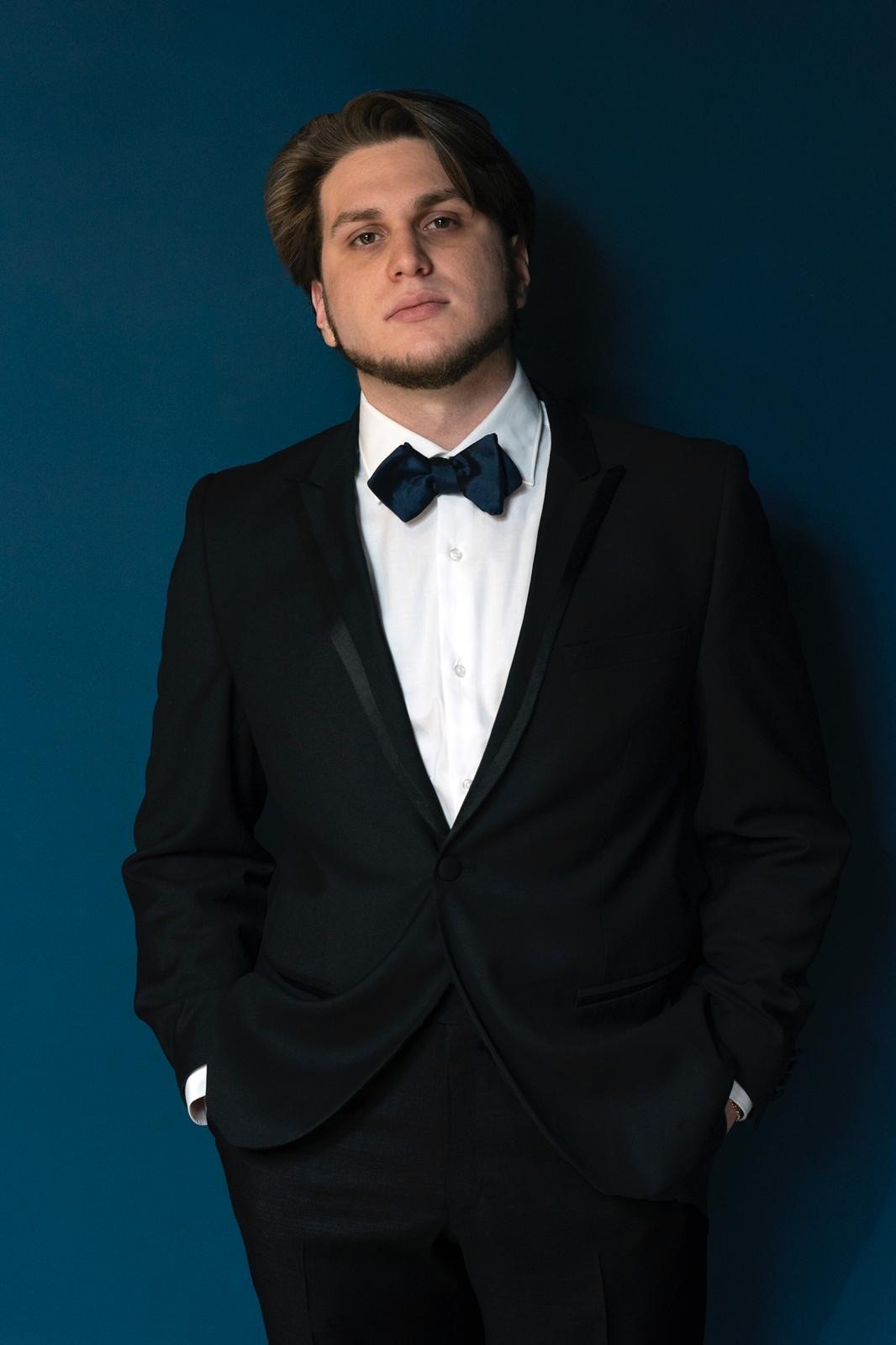 What became of i Metropolis, do you still play with them?

No, i Metropolis are gone. We broke up because when one person leaves, the group loses its heart, and we were all taking different directions anyway. The guitarist still plays in his own independent project. This past summer we had a brief reunion where we sang our most famous piece, but that was all.

From the dens of punk to the temple of opera. Had you ever been to La Scala before the audition?

No, never, not even in the audience.

Singing there was quite a sensation, but I didn’t have any particular performance-anxiety because I really didn’t know much about what had taken place on that stage. I admit it: I still knew relatively little about the world of opera and its history and so I was not entirely aware of what it all meant.

I remember being thrilled by the thought that such a historic theatre would “absorb” my voice, so to speak, but at the same time I was extremely laid-back. It’s all a bit amusing if I think about it now.

But to all those who want to attempt that competition, I would give the same advice: get there with a free mind, just do it without thinking too much, simply feeling the music, which is the only thing that really matters.

A final assessment of your two years as an Academy student?

The two years at the Academy gave me a wealth of knowledge and experience. It gives you a general overview of the vices and virtues of the opera world, the part the audience does not see, such as the backstage and the human relations. Becoming acquainted with these two realms and knowing how to navigate them is just as important as knowing how to command the stage for someone making their career in this world.

And as for the productions, I have to say I am very satisfied, even in spite of Covid. Due to a number of fortuitous circumstances, I had the chance to do more than other course mates: I sang in Romeo e Giulietta, La cenerentola, and Le nozze di Figaro.

Something about Paolo that the audience does not see?

Something really strange happens to me every time I am involved in a production that somehow makes me nervous: I lose my voice. Two days before the debut I am totally voiceless! But I know it’s psychological and I know how to live with it. When the time comes, my voice returns on its own.

If you were not a singer?

I would still make music my life, and art in general. No doubt about it. In addition to singing, I am also very interested in directing. Who knows, maybe in some future…