An international gala for haiti

On May 11, at 5 pm, the Ensemble “Giorgio Bernasconi” will be conducted by Min Chung for the “Academy Concerts” at the Toscanini Foyer of Teatro alla Scala. 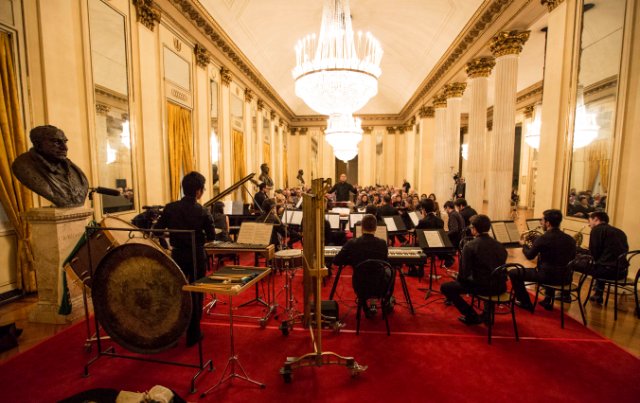 Min Chung has already worked with students of the Accademia, leading its orchestra and soloists in The Magic Flute for Children at the Teatro alla Scala.

Born in Saarbrücken, Germany, he moved to Paris where he studied double bass, violin and piano. He returned to Seoul and attended the Seoul National University graduating in German and violin literature.
He debuted as conductor in Busan (South Korea) in 2007, at the head of the Alysius Symphony Orchestra, composed primarily of musicians from disadvantaged environments; the collaboration culminated in a triumphal concert at Carnegie Hall in 2010, repeated at Suntory Hall and at the Seoul Arts Center in 2012. Its profitable commitment to the orchestral ensemble has in fact made the artistic group one of the best South Korean orchestras.

He directed symphonic concerts in Austria, Italy, Japan and Korea, guiding – to name only a few – the Wiener Kammerorchester, the Haydn Orchestra of Bolzano, the Orchestra of Padua and Veneto and the Tokyo Philharmonic, where he was nominated in 2015 Associate Director.

The concert at the “Toscanini” Foyer plans Ramifications for 12 strings (1968-69) and Kammerkonzert (1969-70) by György Ligeti, interrupted by Contrappunti IX, X and XI by The Art Of the Fugue by Johann Sebastian Bach, in the orchestral version signed by Roger Vuataz in 1936