A new production of one of the best known ballets in the classical repertoire will be on stage at Teatro alla Scala from September 26 to October 23: The Sleeping Beauty with choreography by Alexei Ratmansky, one of the most notable names in contemporary dance. 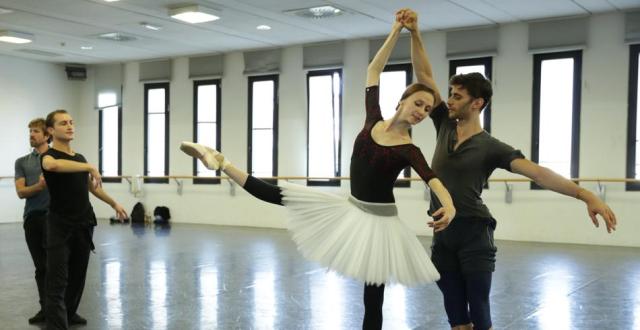 Maestro Vladimir Fedoseyev will be conducting the La Scala orchestra in the famous pieces by Tchaikovsky.

Jacopo Tissi, a former Accademia student and recent addition to the Ballet Corps after dancing at the Vienna Staatsoper, has been called to replace Sergei Polunin, who is recovering from an injury. Tissi will thus make his debut on the Teatro alla Scala stage in the role of Prince Désiré accompanied by Svetlana Zakharova (Aurora) and Massimo Murru (Carabosse). Dates: September 26 and October 2 and 6.

More than 70 Accademia students are involved in the production, with 40 of them on stage every evening.

There are also many former students who are now regular members of the Theatre Company, some long-term, such as the principal dancers Marta Romagna, Mick Zeni and Antonino Sutera, or Christian Fagetti and Gaia Andreanò, and others who are more recent acquisitions, such as Nicoletta Manni (principal dancer), Virna Toppi, Lusymay Di Stefano, Angelo Greco (soloist), and the very young Martina Arduino and Agnese Di Clemente.

A great challenge is in store for the young students as they apply themselves to Ratmansky’s choreography, a coproduction with the American Ballet Theatre that has been performed in the United States to great acclaim.

Alexei Ratmansky, who has made the reproduction of classic pieces one of the hallmarks of his boundless creative work, had long desired to measure himself against this ballet: “For me it is the symbol of the harmony and charm of classical ballet. Tchaikovsky’s complex score and Marius Petipa’s choreographic work represent the acme of the Russian classical art.”

His artistic approach is based on Stepanov’s dance notation system; the choreographer’s primary intention has been to rediscover Petipa’s text, reveal his idea as expressed in the notation, and honor it.

The stage sets and costumes, designed by Richard Hudson, are inspired by those created by Léon Bakst for Sergei Diaghilev’s Ballets Russes production staged in London at the Alhambra Theatre in 1921.