We also had the pleasure of meeting with Martina Arduino, prima ballerina at Teatro alla Scala and former Academy Ballet School student.

Martina joined us for the Hall of Fame and shared a story that began when she was three years old.

I started doing ballet a bit by chance. One day my mother took my older sister to a dance school. I was just three years old but I liked the place so much that I insisted on staying there too and doing a trial lesson. After the lesson, the director of the school told my mother that I really had a gift, that even though I was so young I managed to keep pace with the older children. That was the moment: from then on, I have never stopped dancing.

I remember that I really liked the idea of living a very strict lifestyle, very disciplined. I have always been very precise and concerned with detail. For example, I always arrived for lessons early and wanted to go even if I had a fever.

When I was nine years old, one of my classmates, a couple years older than me, told me that she was going to audition for the La Scala Academy Ballet School. I was really curious and my instructor suggested increasing the effort so I would be ready to try the following year. I did not have the faintest idea what the difference was between an ordinary ballet school and the Academy. I was very frightened especially by the idea of having to leave my city, my family, and everything I knew. And I had never imagined that this passion of mine could become my profession. But I started preparing and slowly began to realize that this really could be my path.

For me, the big day of the audition was in 2006. I went there accompanied by my parents, who have always been my biggest supporters.

My last name starts with an A and so I was one of the first girls to audition. I put on my white leotard, tights, and demi-pointe shoes and went into the room where the committee was waiting. The room seemed huge … infinite! I was used to my small Turin dance school and was completely disoriented.

We were met by an instructor I had never seen before. She had us line up and asked each of us to execute a few exercises. It was Vera Karpenko, who would be with me almost the whole time I was at the Academy, one of the most important figures in my training and professional development.

After the audition, they had us all leave the room. The doors closed and we waited with bated breath for the fateful sheet of paper with the outcome. As soon as the doors opened, we all raced in to see. I immediately spotted my name, I was at the top of the list. I burst into tears and ran to Mother and Father to tell them the wonderful news.

It was raining that day, the sky over Milan was gray, but I remember it as one of the most beautiful days in my life.

I was invited back for the medical exam in the next few days and began my trial week, which the Academy has instituted to facilitate the inclusion of the “new recruits”. I had officially become a pupil of the Teatro alla Scala Ballet School!

The first year was not easy. I had to get used to new schedules, new teachers, new methods, and new rules, but above all, a new city, far away from the people dear to me. For this reason, it was essential to have a maestra who was not only an educator but also a mentor who spurred me on to face all of this. Slowly but surely I understood that it was the right road and that I really did want to become a professional ballerina.

The Academy gave us three months of vacation in the summer. That gave me the chance to travel around Italy for internships and master classes with new teachers and international classmates. It was a chance for us ballerinas both to try new methods and to show off as aspiring professionals. In the summer between the sixth and seventh year, for example, I took part in an internship held by the Junior Company of Amsterdam at the Dutch National Opera and Ballet with a male classmate. It was a two-week program that also included some work in contemporary dance. Very interesting!

The La Scala audition a few weeks after graduating.

I graduated with top marks in 2015. I had already begun working in the ballet company in December 2014, as a second. A few weeks after the final diploma exam, Teatro alla Scala called an audition for new dancers: in June 2015 I became an official member of the La Scala Corps de Ballet.

A few months later, the company director began to cast me in the leading solo roles. He probably noted my qualities and wanted to give me a chance to develop. Performing on such an important stage was a great source of pride for me and also a tremendous thrill: I knew that expectations were really high.

At the age of 21 I was named Prima Ballerina of Teatro alla Scala. My dream had really come true! 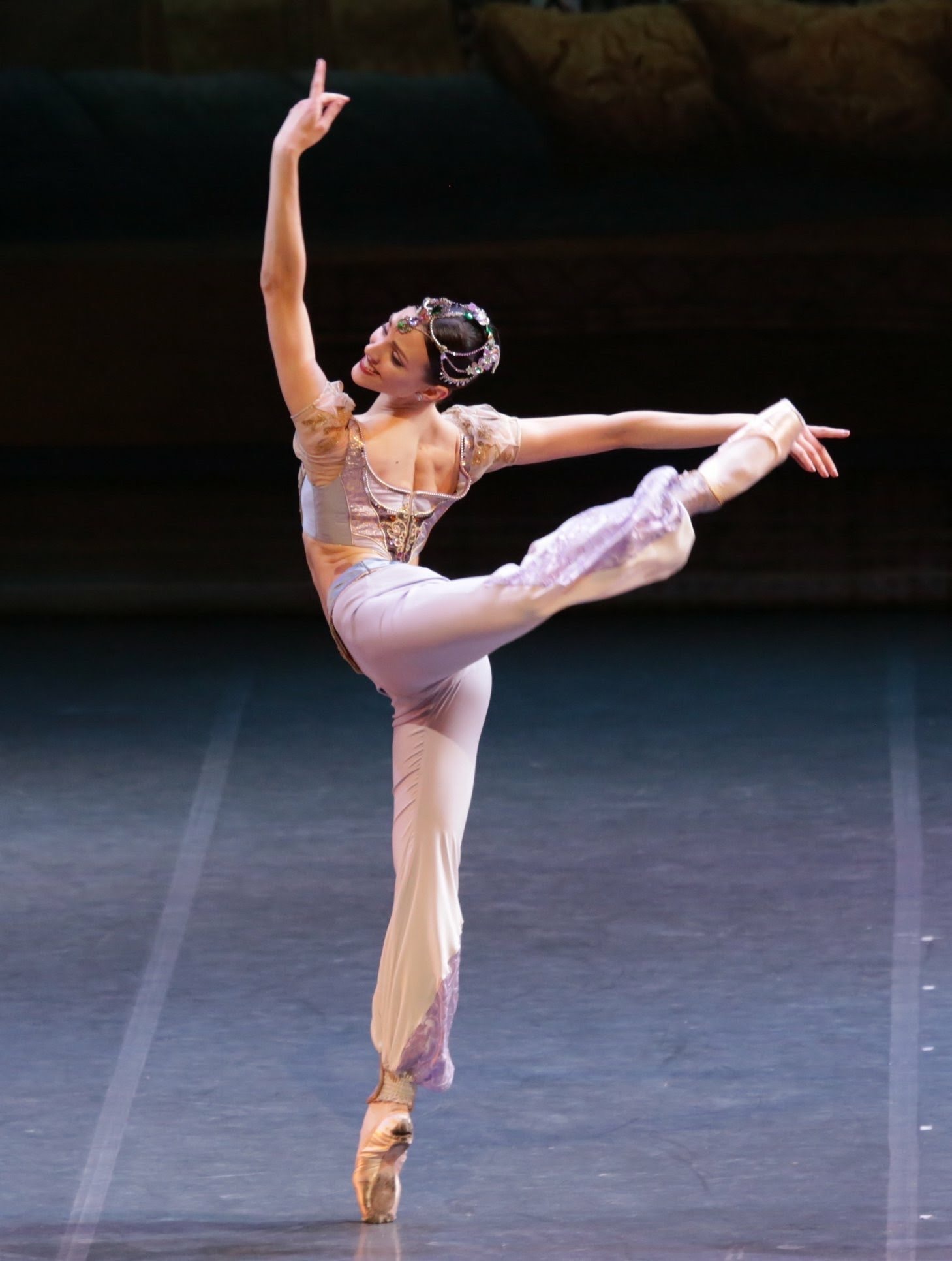 The role I have in my heart is Kitri in Don Chisciotte, my stage debut together with Marco Agostino, former Ballet School student, my dance partner and also my life partner for a couple of years now. Sharing so much with him has made us very close, both in our work and in our private life. On stage we understand each other with a single glance and the intimacy we share gives me more freedom to express myself.

And then I particularly love the role of the black swan and the dual role of Odette/Odile in Swan Lake, which is one of the first roles I danced – I was only nineteen.

Relation with the audience.

The audience is fundamental in an artist’s performance. For example, in a ballet in three acts—thus very demanding—the audience’s energy can really help a dancer give his or her best. It was very difficult during the lockdown to go without them.

So even if I was closed up at home, I maintained as much virtual contact as I could by using social networks more. Initially I had only published photos of daily events in my private life. But then I realized that for my followers, in addition to hearing about Martina, a twenty-four-year-old girl living in Milan with her boyfriend, it was just as important to hear about Arduino the ballerina. Of course, when I was able to go back to work I had much less time to manage my Instagram profile, but I still manage to post a few photos now and then.

Preparation for a new role.

Since I am young, I have very often had to debut a new role. Getting a sense of how best to interpret it takes a lot of concentration, listening, and study, both in the dance room with the choreographer and at home to analyze the story and the meanings it holds. And it’s even more stimulating when you are working as a duo and you have to find the perfect harmony, equilibrium, and intimacy to truly be together on the stage.

Advice for those who would like to undertake a career as a dancer.

This is a road that can only be traveled if you really believe in it and are ready to give up a lot. You have to be ready to get past many difficult moments with a positive attitude and new effort, without ever getting discouraged and wanting to throw in the towel. It is an incredible profession, but it’s not for everyone.

And I believe that the teacher is the most important figure in a dancer’s career.

We need to have a point of reference that we trust in order to learn technique and discipline. That is what I missed most during the lockdown and all the obliged training at home.