From April 6-9, 2017, the La Scala Academy Ballet School will be on stage at Teatro Strehler for its annual performance, testing the talents of the young students in famous choreographies by grand masters of the classical tradition and by the outstanding exponents of contemporary dance. 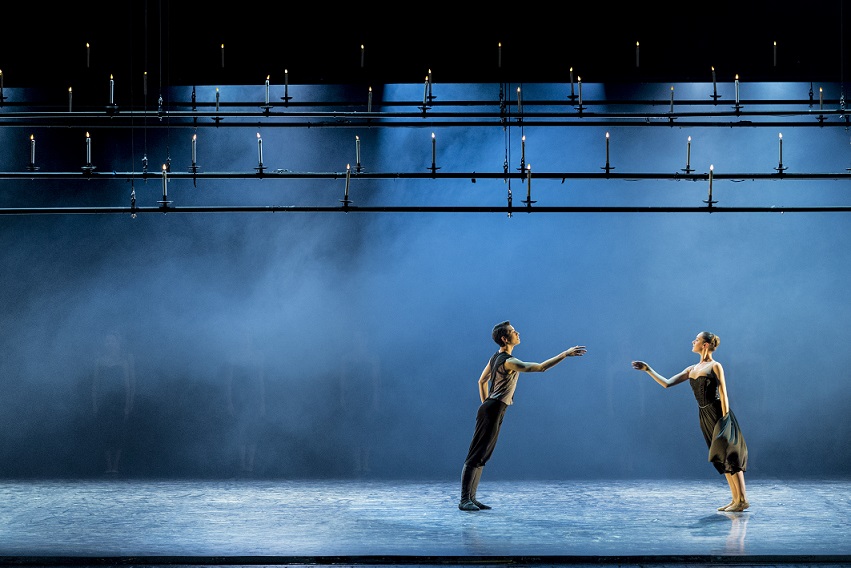 The event opens with the traditional presentation by Ballet School Director Frédéric Olivieri with music by Carl Czerny, in which the students in different course levels will have a chance to showcase their achievements.

Variations for Four by Anton Dolin – a new addition to the La Scala Academy repertoire – performed by four dancers in the guise of the Four Elements (air, water, earth, fire), provides a true display of virtuosity, the male equivalent of Jules Perrot’s historic Pas de Quatre (whose reconstruction by Dolin at the Teatro dei Parchi in Nervi in 1957 made history with the dancers Markova, Carla Fracci, Yvette Chauviré and Margrethe Schanne).

The students have been guided in their preparation by Maina Gielgud and Jelko Yuresha. Maina is a choreographer, partner of Nureyev, principal of the London Festival Ballet and the Royal Ballet, and director of such prestigious dance companies as the Royal Danish Ballet. Since 1999 she has taught, coached and staged ballets by Bejart, MacMillan, Lifar, Nureyev as well as new productions, and given master classes in the world’s preeminent schools. Jelko, dancer, choreographer, and multitalented artist, also did the scenes and costumes for this production. Together with his wife, Belinda Wright, he holds the rights to restaging a number of choreographies by Dolin, with whom they long worked.

The second piece is Un ballo by Jiří Kylián, one of the most versatile and fertile choreographers on the contemporary scene, driving force behind Netherlands Dance Theater from 1975 to 1999 as artistic director and to 2009 as choreographer in residence. Inspired by the orchestral versions of Tombeau de Couperin and the Pavane pour une infante défunte by Maurice Ravel, Un ballo is, in Kylián’s own words “a dance created for music and nothing more. A dance to be seen as an exercise in musicality and sensitivity between male and female partners.”
The choreography for this performance will bedirected by Shirley Esseboom, who began dancing in the junior company, NDT II, before going on to join the principal company NDT I and a brilliant professional career.

The show closes with one of the finest expressions of romanti c ballet, Paquita, created in two acts and three scenes in 1846 by Joseph Maxilier, with libretto by Paul Foucher and music by Édouard-Marie-Ernest Deldevez. In 1847 it was the first ballet Marius Petipa staged in Russia (St. Petersburg), reviving it in 1881 with the addition of a Gran pas classique and a Pas de trois to music composed by Ludwig Minkus.
For many years, only the dances of the second act were staged and the ballet underwent numerous reworkings (by choreographers ranging from Balanchine to Nureyev). We are indebted to Pierre Lacotte for giving it new life in 2001 in a careful philological reconstruction for the Paris Opera Ballet. The La Scala Academy interprets some of the most brilliant pieces, from the polonaise of the children to the divertissement with Pas de deux, Pas de trois and variations.

For the Academy students, the Annual Performance at Teatro Strehler precedes the last two opportunities to showcase their talents prior to final exams (students in Level 8 will graduate on Saturday, May 27): on Saturday, April 22 the Ballet School will enchant the audience with Cinderella, commissioned by the Bracco Foundation and performed for the first time at Teatro alla Scala with the Academy Orchestra conducted by David Coleman; and on Wednesday, May 3, in a special evening performance benefiting the nonprofit Francesca Rava N.P.H. Italia Foundation, the Ballet School dancers will be the protagonists of a gala event alongside the top students from the Vaganova Academy of St. Petersburg and from the American Ballet Theatre’s Jacqueline Kennedy Onassis School of New York, again with David Coleman conducting the La Scala Academy Orchestra.

Through its project “The Ballet School on Stage”, Fondazione Cariplo supports the artistic pursuits of the young students for the three-year period 2015-2017.

Main Partner and official purvaisor of the Ballet School